As recruits for the filibuster began to come in, Gutiérrez de Lara began to look for a leader for his expedition. The natural choice was Gen. John Adair, a former Continental Army officer who was believed to have been the choice of commander for the Burr Expedition. Adair appears to have turned Gutiérrez down. Gen. James Wilkinson had made Adair the scapegoat for the Burr affair, and though Adair was acquitted of any charges, the controversy cost him his U.S. Senate seat from Kentucky. He needed rehabilitation, not controversy. Unless the expedition had official U.S. government support, Adair was not likely to lead it, though he did aid in raising men for the venture in the end.
Wilkinson himself was a possibility, but he too was suspected in the Burr affair and he was the senior officer in the U.S. Army at a time when clear war clouds were on the horizon. Although he had been a loyal agent of Spain for 20 years, he had since cut those ties, and that was not an impediment to undermining his former employer now. Wilkinson allowed two of his sons, James Biddle Wilkinson and Joseph Biddle Wilkinson, to join the expedition. James, who served as an aide-de-camp to Toledo, brought the first news of the defeat at Medina, and died shortly thereafter of his wounds.[1]
Gutiérrez eventually settled on a young army officer and favorite of Wilkinson. In 1812 Augustus William Magee was a lieutenant in the U.S. Army stationed at Fort Claiborne on the road between Nacogdoches and Natchitoches. He had been tasked with clearing out the neutral zone of the many squatters, thieves, and other undesirables who had settled there. In June 1812, Magee resigned his commission as a result of being passed over for promotion. He then signed up with Gutiérrez, taking command as the expedition’s colonel. 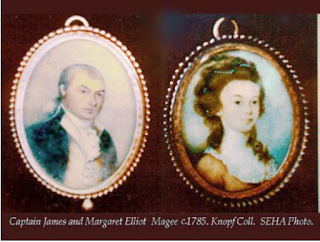 James Aalan Bernsen
An eighth-generation Texan, James Aalan Bernsen was born in San Antonio, within a mile of the Alamo. He received his B.A. in Journalism and German from Texas A&M University and his M.A. in United States History from Texas State University. He has also studied European History and Political Science at the Eberhard-Karls Universität in Tübingen, Germany. He has worked in the fields of journalism and public relations for 20 years and is a veteran of the Afghanistan and Iraq wars. He currently lives in Taylor, Texas. jbernsen1@ gmail.com